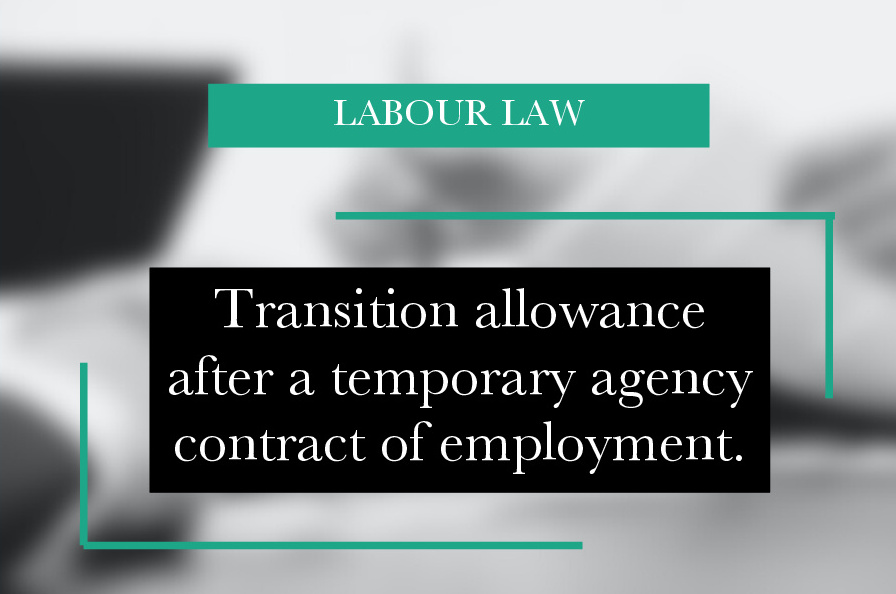 An important part of employment law is the transition allowance, a form of severance payment. This compensation is laid down in law, and is applicable when an employee has been employed and is no longer working against his will.

Severance pay is compensation for dismissal. In addition, the compensation is intended to facilitate finding another job.

This gross compensation is, among other things, a supplement to the WW and is taxed.

When is no transitional compensation required after the end of a contract with a temporary employment agency?

In certain cases a temporary employment agency does not have to pay transition compensation upon dismissal, for example:

if the contract is terminated by mutual consent (settlement agreement; if this has not been agreed);
if the employee has been dismissed due to serious culpability;
if the employee is under 18 and worked an average of no more than 12 hours per week;
if the employee has reached the retirement age;
if the company is bankrupt;
in case of debt restructuring or suspension of payment;
If a collective agreement includes an ‘equivalent provision’.

The amount of the transition allowance is based on the salary per month and the number of years of service.

The severance payment may also be part of a settlement agreement in the event of dismissal by mutual consent. This must have been agreed with the employment agency.

A lawyer in Amsterdam can apply for the transition payment at the end of the contract. This must be done within 3 months after the dismissal by means of a petition to the cantonal judge.

Contact with law firm for transition fee in Amsterdam