Dismissal staff and termination of employment in The Netherlands: call a Dutch lawyer in Amsterdam

The Netherlands Dismissal Law | our Amsterdam lawyers and attorneys have comprehensive experience in Dutch Employment Law, acting for employers, employees and works councils in The Netherlands. We specialize in all areas related to employment contracts, from the recruitment of employees to the release and termination of employment in the Netherlands.

Our lawyers offer legal advice and assistance on The Netherlands Dismissal Law, severance payments and termination agreements. Our law firm represents both corporate entities and individuals before the Dutch labor courts.

Dutch employment law has peculiar features and differs greatly from other legal systems. An employer may terminate the employment of an employee in The Netherlands, but there is a need to comply with the provisions of the law and contract relating to termination.

An employer can not dismiss an employee without permission from a public authority (preventive dismissal assessment):

Whether an employer may obtain permission from UWV to give notice or may request the Cantonal Judge to rescind the employment agreement, will depend on the reason(s) for dismissal.

An employer needs to have reasonable grounds to dismiss an employee and needs to prove that the employer has tried to move the employee in another role in the company. The routes for termination of an employment agreement do not have to be followed if the employee agrees to dismissal in writing. In practice it is often possible to arrange termination by mutual consent.

The Netherlands WWZ Law (Wet werk en zekerheid) brought in 2015 a change to the employment law in The Netherlands, related to a.o. the system of consecutive fixed-term contracts, the non-extension notice, grounds for dismissal and severance compensation.

A fixed-term contract will expire automatically and lawfully without a requirement for prior notice. As per 1 July 2015, an employment contract for a definite period is automatically converted into a permanent one if:

This rule is not applicable to:

Notification fixed-term agreement in The Netherlands

According to the Netherlands Dismissal Law, employers are obliged to notify employees in writing at least one month before expiring of the contract for a definite period,

The employee should claim the notification penalty within 2 months after expiring of the fixed term contract.

Grounds for dismissal in The Netherlands (cantonal court)

Employers may not terminate an employment agreement by just giving notice. The employer should have a fair reason to dismiss employees in The Netherlands (job security). According to Dutch Law, an employer needs to follow a legal dismissal procedure if he or she wants to end an employment contract. The ‘reasonable grounds’ for dismissal include (sec. 7:669 (3) (c) – (h) CC):

The Cantonal Court can only terminate the employment agreement if re-employment of the employee into a different suitable position within a reasonable term is not possible.

Consent of the UWV

An impartial body (UWV, Employment Insurance Agency) must first decide if dismissal on other grounds is allowed. For (business) economic reasons for example, when a reorganisation takes place or a (part of the) company closes down or relocates:

The UWV will assess whether there is a reasonable ground for terminating the employment agreement and whether the employee might be re-employed.

During the first two years of illness or disability to work, the employment agreement cannot be terminated, not even with a dismissal permit from UWV, unless there is a valid reason for dismissal, for example when the employee refuses to comply with the legal obligations during illness without good reasons.

An employer is obliged to pay a transition a compensation fee to the employee:

Summary dismissal for an urgent cause: instant dismissal

Employment contracts may also be terminate by instant dismissal for ‘an urgent cause’ (serious misconduct). Stealing company property is the most common reason why Dutch bosses sack workers on the spot. Fraud and conflicts about reintegrating workers who have been off sick each account for 12% of instant dismissal cases. In total, 18% of the 194 published court cases about instant dismissal in the previous 12 months revolve around theft.

For termination by a summary dismissal, important reasons are required. A non-exhaustive list of acts which amount to urgent cause is provided in sec. 7:678 CC. Termination can take place immediately without compensation in cases such as fraud or other crimes involving a breach of trust.

Call our Dutch lawyers in Amsterdam for dismissal, termination and all your employment law needs

Our experienced solicitors (lawyers) offer comprehensive legal services to both employers and employees, both inside and outside of court. Our lawyers in Amsterdam will support you in all fields of The Netherlands Dismissal Law (Dutch Labour and Employment law). For further information regarding Dutch Dismissal Law and termination of employment, contact our attorney Employment Law in Amsterdam, Paul Snijders. 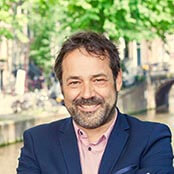