When does the Dutch 30% rule for expats end upon dismissal?

The 30% ruling for expats

Expat must have expert knowledge

To get a good understanding of the rule, our employment lawyer will list the facts for you. With the 30% ruling, the Netherlands is trying to bring expert knowledge from abroad to the Netherlands. One of the conditions is that the employee has a specific expertise.

It is not always clear when exactly the 30%-ruling ends. The Amsterdam Court of Appeal made a judgment about this in 2021.

After working in the Netherlands for 8 years, the employee stopped working in January 2017. His employment contract ended in March 2017 and until then he was exempted from work.

Importantly, the court ruled that for the interested party, the 30% rule ended on February 28, 2017, as he no longer performed actual work as of January 18, 2017. We know from practice that the tax authorities often take the date of exemption as the date on which the 30% ruling actually ends. Nevertheless, the law (Article 10ec, paragraph 1 UB LB) states: ‘ends on the last day of the pay period following the pay period in which the employment ended’.

This applies both to exemption from work and to suspension and deactivation.

The judges agreed with the tax authorities and cited a Supreme Court ruling in support. According to our labor law specialist, the Supreme Court determined in that ruling that employment ends when the obligation to perform work has also ended.

Contact with an employment lawyer in Amsterdam about the 30%-ruling?

Are you looking for involvement and a direct, personal contact with an experienced employment law specialist in Amsterdam? Call our specialized employment and dismissal lawyer for questions and legal advice on employment law, dismissal, transitional compensation or the 30% ruling. 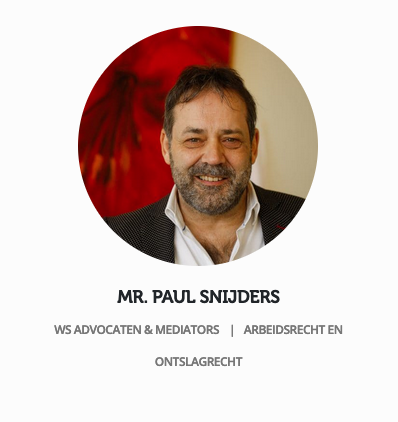